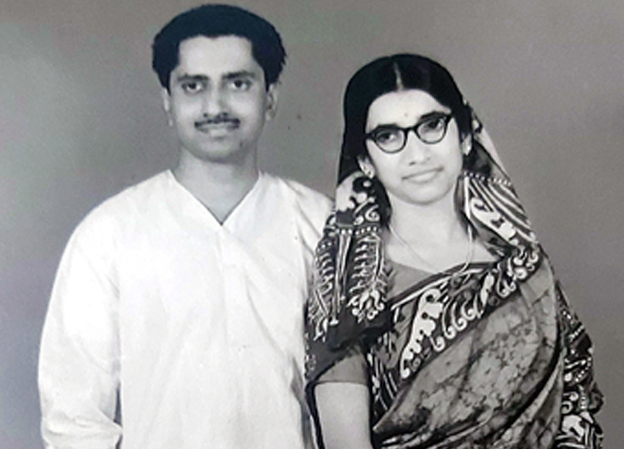 Being a resident of Delhi NCR, Connaught Place has always been a favourite haunt for me. On its outer circle opposite Shivaji stadium I always used to see and get fascinated by a red coloured colonial building with a high boundary wall, never realising that with passage of time, my family would get associated with that building.

Yes, I am referring to Lady Harding Medical College (LHMC) which ultimately became the final resting place of my parents post their demise.

Because my father was adoctor by profession, some medical terminologies / concepts were frequently discussed in our home. Body Donation was one such concept my father was very passionate about. He used to tell us about the Anatomy labs where human bodies / parts were studied / dissected by students and how cramped those places used to get because multiple students used to study on a single body / part kept on atable.

From his college days he believed that if there could be adequate supply of bodies in medical colleges,then students could study and dissect at ease. This could be possible only if people willingly came forward to donate their bodies and he always wanted to do something regarding this.

December 2000 saw a major upheaval in my home. My mother was diagnosed with cancer which was in an advanced stage. After the initial diagnosis and furthertests, doctors decided to give her palliative treatment instead of curative. This was done with the objective of alleviating her pain to the extent possible. With passage of time her condition stated deteriorating.

Soon she herself realised that time is not on her side. It was then that she toyed with the idea of donating her body. She first discussed this with my father and then with me and my sister. Initially we were a bit startled because discussing a concept is fine but when it relates to your own loved ones and you know it needs to be executed it does give you goose bumps. She was clear in her decision which was backed by the thought that of all the students who study her body even if one of them contributes to finding a cure to cancer, life spent on this planet would be worth it.

It was the later part of 2001 when we connected with the Anatomy Department of LHMC who were very forthcoming in helping us out with the documentation process. My father too saw this as an opportunity to realize his own dream and both my parents wrote individual letters to LHMC bequeathing their respective bodies.

29th April 2002 is a day which is etched in my heart very deeply not because my mother breathed her last on that day, but because as a son, I felt very proud to hand over her mortal remains to LHMC for a cause which was her last wish.

Fourteen years later, 29th September 2016 my father left this world after a brief but brave battle with pneumonia and multi organ failure. I never knew my father would take the number 29 so seriously. I again followed the same process at LHMC but this time I was mentally stronger, and the pride had doubled. Our society is slowly opening to the concept of Body Donation. I have myself seen it happening. My mother in law too was inspired and gave away her body to LHMC after a courageous battle with cancer. Three elderly neighbours have already bequeathed their bodies and whenever I meet them, they always say that theywere inspired by my parents and that multiplies the joy.